“Life lived in conjunction with the arts, will always be full of self-advancement, concentration, fulfillment and happiness. I will attempt to continue to grow and develop as both a businessman and an artist as long I am physically and intellectually able.” 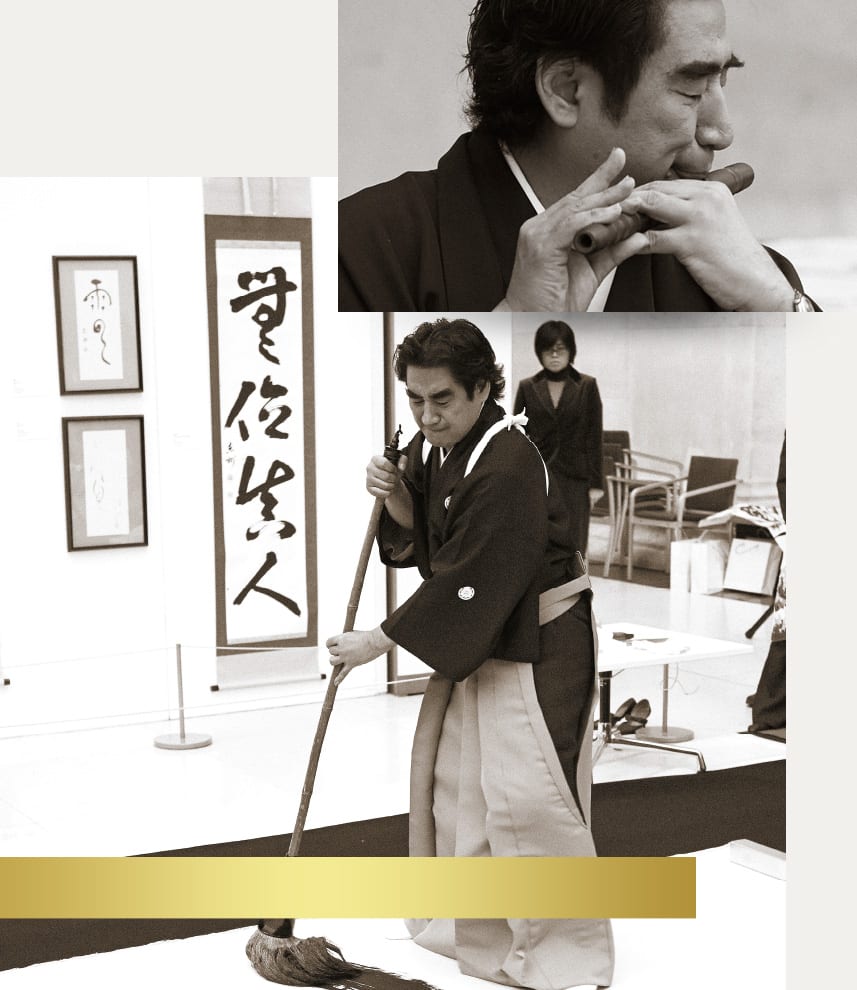 IFAC’s Chairman and Founder, Dr Haruhisa Handa was born in 1951 in Japan.

After graduating from Doshisha University, Kyoto, in Economics, he then went on to study with the Master Class at Musashino Academia Musicae where he graduated with a major in vocal music. He earned a masters degree in creative arts from WAAPA (West Australian Academy of Performing Arts) at Edith Cowan University, West Australia, as well as a Ph.D in Literature from the Academy of Arts & Design at Tsinghua University, China.

He has been proudly recognised for his longstanding commitment and contributions to public service and charity’s across the world. These honors include his being awarded the Medal with Dark Blue Ribbon of Japan, the Honorary Award of Contribution towards the Chinese Choral Enterprise, the distinguished service medal of the State of Western Australia and the keys to the City of Perth and the City of Swan. Dr Handa also became the first Japanese person to be appointed to the post of Vice President at the Royal National Institute for the Blind (RNIB), the UK’s oldest and largest charity.

THE PHILOSOPHY BEHIND MY PHILANTHROPY

Thanks to the economic prosperity created in the twenty-first century, corporate and individual patronage became ever more important. As a contemporary entrepreneur, I am invested in contributing not only to my various business enterprises but to philanthropy, religion, philosophy, the study of politics and – through IFAC – to the arts, to music and to the world’s high cultures.

From an early age, I have myself been an artist as well as a businessman. I have been a shinto priest as well as a philanthropist – because music and the arts can lift our hearts and invigorate our minds. It is my lifelong passion for the arts that led to the creation of the International Foundation for Arts and Culture. IFAC now operates, not just in Japan, but also in the United States, Britain and Australia.

To advance my patronage of this foundation, I hark back to examples in history where philanthropy made a difference. Japanʼs philanthropic tradition has always gone beyond simply funding the arts. Many of our nationʼs most significant patrons have been artists themselves, integrating financial patronage with the pursuit of artistic excellence. From Japanese shoguns (feudal lords), in times past, to business leaders today, the participation of prominent figures has drawn popular attention to the arts.

The perfected art of Noh theatre that’s enjoyed today, is largely credited to the playwright Zeami. But it was the Shogun of that era – Yoshimitsu Ashikaga – who discovered, extolled and patronised Zeami. Yoshimitsu sufficiently studied the art of choral chanting, as practiced by Buddhist monks, to attain the distinguished level of a soloist. It was this profound artistic acumen that allowed him to identify and nurture the genius of Zeami.

In devoting my energies to the extensive study of Noh and other artistic genres, I have come to a deeper understanding of the outstanding merits of this Japanese tradition which serves to enrich my patronage.

As an undergraduate, I intensively studied Noh theatre and the Japanese dance, flute and drums derived from Noh. I then learnt under the masters of tea ceremony, flower arrangement and calligraphy to myself reach the level of master of these disciplines. Subsequently, I pursued western art forms: opera, conducting and composing, as well as Peking Opera, Japanese ceramics and also Japanese-style ink painting. Those hours of study at universities and with maestros presented me the opportunity to perform in numerous title and supporting roles in opera, in turn producing and directing a dozen of my own productions. With my extensive involvement in opera and in parallel to my appointment as an an official instructor of the Hosho School of Noh, it made sense to launch a choir group and a branch of the Hosho school of Noh (Toshu Hoshokai) through IFAC. We are soon to celebrate two decades of sharing the magic of art with the wider public ‒ a key tenet of our foundationʼs mission.

Whenever opportunities arise, I encourage all IFAC members and those I meet to approach art with zeal. Art is a pathway to personal growth. It provides the canvas, plinth or stage to pursue beauty, seek out truth and project the goodness found within and beyond. All these elements comprise art. Hence, the practice of art becomes a perpetual process in human development, for the spirit to strive for a higher realm. I hope to help others to grasp this for themselves. The wider world can benefit as more of us learn to temper and find joy through creativity.

Serving as a patron of the arts, gives me the opportunity to foster my artistic skills. I do not participate for critical acclaim in the company of the worldʼs most outstanding artists, but rather to reach beyond my present artistic potential to achieve a more enlightened philosophy. My public performances and exhibitions are organised to also generate income for my charities.

We often hear the term “art therapy”. When we participate in the arts, it bestows on us motivation, courage, and a reason for living. And the older we get, the richer our lives will become. I believe earnest support for the arts from individuals who embrace creative pursuits in their own lives, represents the most vigorous and enduring form of patronage available. As we move toward the end of our lives, old age awaits and, ultimately, death.

However, a life lived in communion with what is beautiful and stirring will always be replete with fulfilment and happiness. Be immersed, and death will be a trifle. This, in a phrase, is the spirit of the artist that I strive to become. The desire to remain forever youthful and vibrant – this is the source of my own earnest devotion to the study and practice of the arts.