IFAC’s partnership with Opera Australia has achieved great successes in promoting the Arts and specifically opera, as an accessible medium for all.

In 2012, Opera Australia, Dr Haruhisa Handa and Destination NSW, came together to create one of the world’s greatest cultural events; the internationally renowned Handa Opera on Sydney Harbour.

In the 8 years since its inauguration, 330,000 people have attended the truly unique outdoor setting in person and an additional 470,000 have watched the performances on screens across the globe.

Through the innovative delivery of Handa Opera thousands of newcomers are experiencing opera for the first time.

IFAC is proud to have supported the Australian Singing Competition since 1998.

The IFAC Handa Australian Singing Competition is recognised as one of the longest running events of its kind and also one of the richest in terms of financial and career opportunities available to opera and classical singers in Australasia.

Thousands of young singers from Australia and New Zealand have participated in the competition and have had the benefit of being interviewed and heard by eminent professionals from the Australian and international singing and music fraternity.

The competition is now well into its third decade discovering, rewarding and providing career opportunities to emerging Australasian opera and classical singers under the age of 26.

The International High School Arts Festival in Japan is an opportunity for senior high school students to showcase their outstanding creative talent on a global platform. 2019 celebrated the 20th edition of the festival.

Senior high school students from across the globe will submit approximately 14,000 pieces of art, from which 500 pieces will be selected to be exhibited at Japan’s prestigious National Art Centre.

The chosen artworks will express the cultural circumstances of their countries of origin. The students’ fresh and original perspective, and the variety of messages showcased, means the collection promises to draw a large audience and act as a valuable opportunity for cultural exchange.

In addition, one high school student from each country who has submitted a winning artwork will be invited to Japan to participate in the festival and the awards ceremony, and engage in a cultural exchange with young artists from other countries. 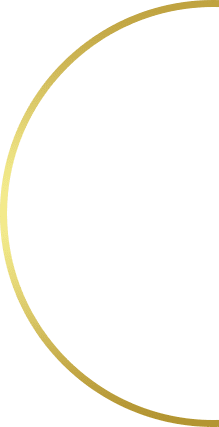 IFAC and the British Museum have been working together since 2013, seeking to share the rich culture of Japan with visitors from around the world.

The IFAC Handa Curator of Japanese Arts is at the heart of this endeavour: curating displays in the recently reopened Mitsubishi Corporation Japanese Galleries; working on major exhibitions including the critically and publically acclaimed Hokusai: beyond the great wave (2017) as well as the recent Manga (2019); and facilitating the acquisition of important Japanese artworks.

IFAC is delighted to have committed an initial five years of support to Wells Malting’s; North Norfolk’s landmark cultural centre. The £4m arts, heritage and community centre which opened its doors to the public in July 2018 has already attracted thousands of visitors, offering a state-of-the- art theatre, Heritage Centre, and the Handa Gallery, named after IFAC founder, Dr. Haruhisa Handa.

Thanks to the restoration and repair of the original Grade II-listed Maltings building, the site has been transformed into a sustainable, exciting, year-round destination for locals and visitors alike, with a great range of Arts on offer including film, drama, music, art, dance, comedy, poetry, heritage talks, family activities and much more.

The Royal Collection contains one of the finest holdings of Japanese works of art in the western world, significant for both the unique provenance and exceptional quality of the objects.

In 2019 IFAC partnered with The Royal Collection Trust to curate highlights from the collection in the exhibition Japan: Courts and Culture, which tells the story of the diplomatic, artistic and cultural exchanges between Britain and Japan from the reigns of James I to Queen Elizabeth II. Including rare examples of porcelain, lacquer, armour and embroidered screens, the exhibition offers a unique insight into the relationship between the imperial and royal courts over a period of 300 years. The Royal Collection Trust is a British charity established in 1993 by Queen Elizabeth II under the chairmanship of Charles, Prince of Wales to manage the Royal Collection.

As a result of the partnership, students of Juilliard have had the invaluable experience of with some of the world’s most distinguished professionals of their field, including Renee Fleming, Stephanie Blyhe, Yannick Nézet- Séguin, Joyce Di Donato, Gerald Finley, Renata Scotto and Fabio Luisis.

Sing for Hope harnesses the power of the arts to create a better world. Through dynamic education, healthcare, and global initiatives, Sing for Hope activates creativity in schools, hospitals, refugee camps, and public spaces for millions of people worldwide. Founded in New York City in 2006, Sing for Hope partners with hundreds of community-based organizations, involves thousands of artists in creative service, and has placed 500+ artist-created Sing for Hope Pianos in public spaces for everyone to enjoy — a symbol and celebration of art for all.

Renee Fleming is one of our era’s most celebrated musicians, readily recognised for her momentous contribution to the arts across the past thirty years.

IFAC applauds Renee’s efforts to affirm music’s place as a central part of our society and to champion its ability to heal concord between peoples. As a fellow believer in art’s ability to break down the barriers that divide us, IFAC has been thrilled to support Renee in her advocacy work – in particular through her relationship with Lyric Opera and the Sing for Hope Foundation.

With the support of the donation received from IFAC, the University of Cape Town’s Opera School has been able to sustain its operations by providing scholarships, delivering productions and offering voice coaching to its talented young students.

The aid of the partnership has resulted in many great successes for the students of UCT Opera School, both locally and internationally.

With an annual entry of over 20,000 paintings, the Texaco Children’s Art Competition is one that has touched the lives of virtually every family in Ireland at some time or another throughout its 64-year lifetime.

IFAC proudly support this iconic competition, by providing the major prize winner with a trip to Japan have their works displayed at the annual International High School Arts Festival in Tokyo and engage with other student artists from across the globe.